Celebrities are ambassadors, of the society to the rest of the world. They are loved at home and now, also worldwide.

Celebrities are ambassadors, of the society to the rest of the world. They are loved at home and now, also worldwide.
They have the power of influence millions. People of all ages and segments consider them as role models. Masses mostly follow of the ideas promoted by their favorite star with great intitiation. It thus becomes very important for the celebrities that he/she endorse a worthy cause.

In 2010, INTEHA was made the Brand Ambassador of Foundation for Poor Souls​

INTEHA is currently one of the top pop rocks bands of Pakistan having a huge fan base in Pakistan, India, Middle East and Europe.
INTEHA is working hand in hand with FFPS in its awareness campaigns and has generated millions of rupees for the flood relief activities in 2010-2011 through a series of charity concerts.

A music Video “HUM RAHEN NA RAHEN” was also directed in collaboration with INTEHA which was aired on all Pakistani channels as an effort to create awareness amongst the people of Pakistan regarding different social issues a common man is dealing with. 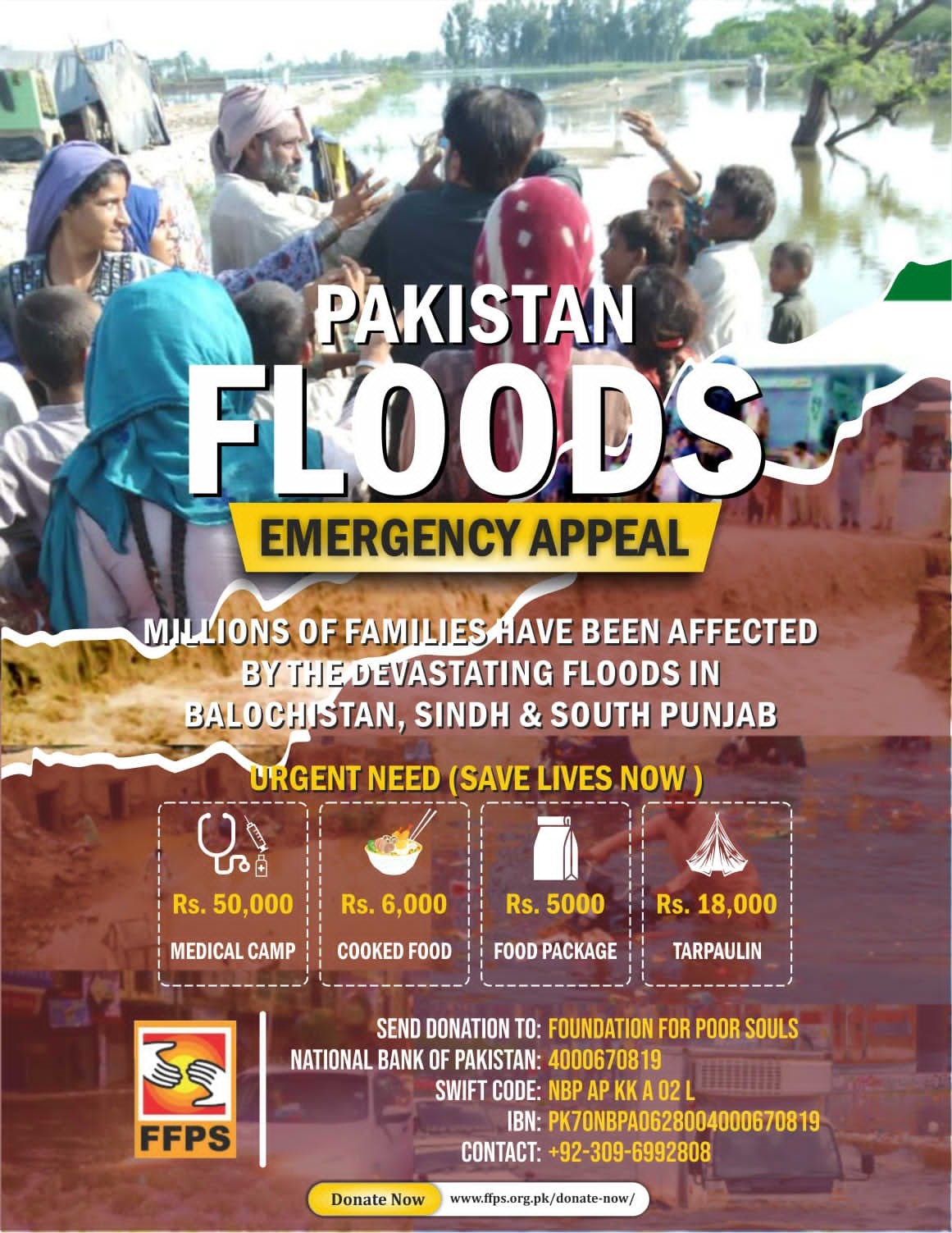